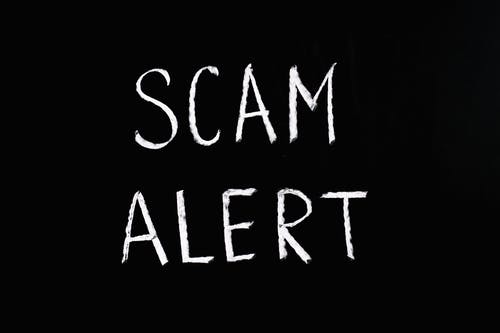 In November 2021, I received the following email

Intrigued, I did not know exactly whether I should rejoice for being selected by a UK University for an Honorary doctorate degree or just stay cool and prudent until I was able to check the validity and credibility of the sender and organisation.

However, since I had little or no time on my side for the background verification, I posted a screenshot of it on WhatsApp to get reactions from friends. Most sent words of congratulations and excitement emojis for this Doctorate degree Award. I hesitated before responding, for I was still unsure of whether this was true or if it was a scam. There is nothing more dangerous than self-deception.

So later that afternoon, I went through the PowerPoint that was attached to the mail and discovered that a sum of $5000 was required to attend the award ceremony in Dubai  (screenshot below).

I immediately wondered why someone would have to pay such an outrageous amount just to attend an award ceremony, even if it was for a doctorate degree. To me, that amount was enough to complete a real PhD program (in a Cameroonian university). I immediately called the lady who emailed me to get more information about the criteria used for selecting the awardees, to get clarification on what package was included in the $5000 and to know more about the awarding institution.

The lady who responded to my call confirmed she would be sending the criteria used and said the $5000 included a round-trip ticket to Dubai plus a leadership seminar. I however sensed she was uncomfortable with my enquiries and was rather pressurizing me into sending the money as fast as possible since the deadline for registration for the award ceremony was close. She asked me to “make the payment early to secure my place”, which I found strange for it would mean that there were many other people who had also received a similar invitation and only the payment of the $5000 could guarantee participation and reception of the award. Now, if a university organizes an honorary doctorate award ceremony, it is usually not for many recipients and most would even cover some of the cost.

Increasingly suspicious about the credibility of this supposedly London-based university, I further investigated and this is what I found:

With all this evidence, it occurred to me that this Honorary doctorate award could actually be true in terms of organization and award presentation, but the legitimacy, credibility and weight of such an award would be contested. It seemed more like an honorary-degree selling business targeted for those willing and able to afford. This prompted me to do more research on the subject through which I discovered some articles about fake diplomas, honorary Doctorate awards and Master’s degree certificates which had occurred in Asia, Europe and Africa in 2012 and 2018. Below are some screenshots:

Source: Outrage as Fake Honorary Doctorate is Bought and Sold Among Africans

Below is a video by a renowned author & philosopher Mr Eze Ihenacho, who decried this awful increasing scandal in Africa:

This is what Human Resources Manager Oba Dokun Thompson said:

“Honourary Doctorate degree is really an intellectual award of recognition of excellence. People who pay for such will pay to cheat in exams or in anything in life. It even makes matters worse when it is from an unrecognized and mushroom body, it tells the mind-set of the people buying them. They must have very low self-esteem and invalid egos.”

The increase in the awarding of fake honorary Master’s or Doctorate degrees is not only an African problem.

A BBC research found that thousands of UK nationals have also bought fake degrees from a multi-million pound company, “diploma mill” in Pakistan. Buyers include nurses and a large defence contractor. One British buyer spent almost £500,000 on bogus documents.

Axact, which claims to be the “world’s largest IT company”, operates a network of hundreds of fake online universities run by agents from a Karachi call centre. With names such as Brooklyn Park University and Nixon University, they feature stock images of smiling students and even fake news articles singing the institution’s praises. More than 3,000 fake Axact qualifications were sold to UK-based buyers in 2013 and 2014, including Master’s degrees, Doctorates and PhDs.

Another investigation done by Khrono exposed a network operating in the Middle East, awarding certificates and diplomas for honorary Doctorates. The diplomas were issued by fake universities, registered in Norway and operated by two men living in the Oslo area. On several occasions, diplomas were awarded at fashionable ceremonies at hotels in the United Arab Emirates. I noticed one of such ceremonies had been organized in November 2021 in Accra, Ghana by the

London Maverick Business Academy which awards these to many individuals and organisations who may have accepted their financial conditions to attend these ceremonies.

In what must be the biggest fake honorary degree bust ever, the police in India recently broke up a ceremony in which 150 people (150!) were being awarded honoraries.

The bizarrely named Ballsbridge University was reported to be offering fake honorary doctorate degrees in Dominica.

Apart from India and Dominica, there are similar incidences like these going on in Nigeria too as this report notes. Brian Whitaker, investigative journalist and former Middle East editor of the Guardian,  in this article on the phenomenon, comments on these nefarious practices.

The supposed institution known as Manchester Open University claims to have a campus based on Oxford Road with 2,000 students from 90 different countries. But education officials say they can’t find a single trace of the institution and that the IP address used by the organisation’s website is hosted hundreds of miles away in France. Very ironical right?

How to fight this nefarious practice in Africa?

In the UK, there is the HEDD, Higher Education Degree Datacheck which offers a centralised system for degree verification and, as recently reported, HEDD  was successful in shutting down 85 fake university websites.

Internationally, University World News reported on the development of the Groningen Declaration Network, established in 2012, with some 50 stakeholders from more than 20 countries, including China, Canada, Mexico, South Africa and Australia, which aspires not to expose fraud but to develop a digital data system that would make it easier for universities around the world to ensure that the academic records it receives are secure, authentic and delivered in a timely manner.

We also need more of such institutions and systems in Africa. Even though there may be few existing, they are not tracking such practices, but are more on the defensive side.

It is sad to acknowledge, but credentials remain the real currency of higher education. We need to fiercely protect their value and employers do need to cautiously check the qualifications of applicants, especially if they claim to have an honorary degree from a university you’ve never heard of.

Anyone with true self-respect would not make any attempt in purchasing a degree for any reason whatsoever. It shows an elevated lack of integrity, an expression of moral and intellectual corruption and such practices must be highly penalized. A certificate would never replace character.

You can have all the existing degrees and PhDs in the world, but if your attitude, behavior and character is not proportionate, then you are only indulging in self-deceit.

I find this act very demeaning and would never encourage anyone to engage in such activity.  I therefore write this blog to share my experience, create more awareness about this and encourage people to be aware of such malicious business practices.

Obviously, people will still continue paying to receive degrees without meriting them, I leave it unto their conscience.

Stay blessed. Shalom You can download the PowerPoint I received from the ‘counterfeit’ university here: https://docs.google.com/presentation/d/1Ft0bAWNVOXPpbz6blR5ZMmz7nOa24cEr/edit?usp=sharing&ouid=114205307365406664381&rtpof=true&sd=true