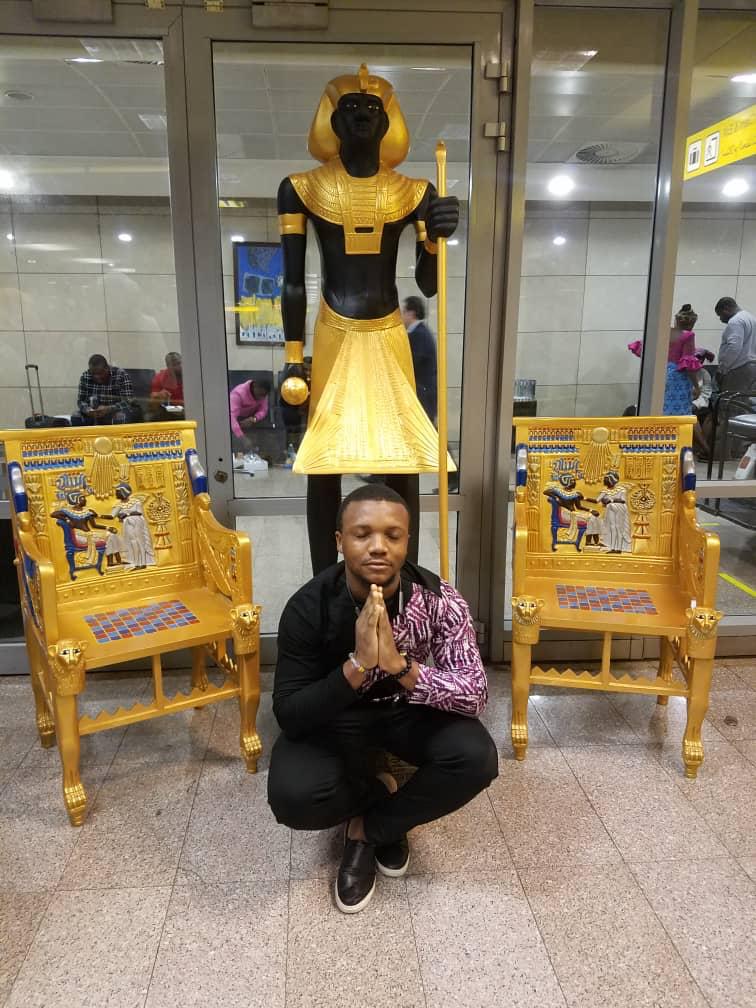 The World Youth Forum (WYF), which was opened by President Abdel Fattah El Sisi in Aswan on Saturday 16 March 2019, conveys the civilized image of Egypt and reflects its keenness on spreading peace. The WYF mirrors the civilization, security and stability in Egypt. It’s also a cultural diplomacy tool as it brings youths from all over the world to meet their Egyptian counterparts. After attending the Forum, here are some observations and propositions for the organising committee to improve the planning and implementation of this program to make it more successful and impactful.

1. If not yet, it will be good to establish a task force team with 1-2 members representing the 5 African Regions (Central, Eastern, Southern, West and the MENA region to ensure more diversity in attendance and representativity all through the planning and execution stage.

2. Connect more participants from the Arab and sub-Saharan regions using game-based activities. As an active and leading researcher on gamification in Africa, I know how important gaming can foster engagement, motivation and facilitate collaboration between people from different background. Playing is a universal language. During this event, I noticed that most of the participants were not properly or effectively mingling with each other. Most were still working and talking with their colleagues from the same country or region. I just saw very few cases of Arab youth exchanging ideas with African Youth, and I believe we can create more opportunities for both to engage, learn and collaborate.

3. Encourage Arab and African Youth to mix, collaborate and create businesses together. Bringing youth from across the globe is important to foster intercultural dialogue, but what’s the essence or long-term impact if we just come to share diverse ideas without creating something together or implementing them? Many of the participants were unemployed, students or underemployed. So, beyond an international engagement, it will be great to equip and empower them to be increase their social impact and influence. WYF’s slogan is ‘Discuss, Generate, Act!’ but it seems that the last step on action has not yet been fully considered or integrated. But it’s only through action that change happens. Actions speak louder than words.

4. Depending on the content, workshop facilitators should prioritize small group activity to categorize and organize ideas gathered in brainstorm activity; Identify and describe key issues. Include more team-building activities to keep everyone refreshed and amused.

5. We haven’t been explicitly asked for feedback. It sounds cheesy but it’s true. Some people will tell you their opinion anyway, but it may not be a representative cross-section of all the participants and likely not the best sample from the people you’d ideally like to attend. But if you specifically and repeatedly ask the entire crowd, they’ll share their voice, as everybody liked to be heard.

6. Having celebrity speakers such as Nelson Mandela Grandson doesn’t guarantee a successful impact. Having celebrities talk about how they’ve made changes doesn’t necessarily help us. From the workshop on social entrepreneurship, most of the participants will agree with me that the more important is for the speaker to understand where participants are coming from and engage in a meaningful way with them. A good speaker keeps the audience engaged and presents information in an interesting way. Interactive workshops that seek ideas and feedback from the people participating in them have done best, in my experience.

7. Explicitly encourage participants to share on social media what they are learning during the AAYP.

Even though the hashtag #WorldYouthForum was visible on all the event materials, it’s always better to regularly remind participants what to do. I sincerely believe in the WYF Platform as a unique and leading voice for Arab and African Youth to connect, discuss and create joint initiatives with a lasting impact in Egypt and Africa. So, whenever, there is an event being organised (such as the WYF Insights), it is important to “make strategic noise” to tell the world our story. For the next editions, we could use a social media stream on a projector showing each time a post with the forum related hashtag is tweeted. This will also connect people who are not at the conference with the WYF.

8. Turn inspiration into action: to be sincere and honest, the Arab and Youth African Platform was more inspiring than empowering.

It has been a life-changing experience and I’m impatient to see this program growing and reaching its full potential in solving problems for a better world. I took some time to write down these propositions because I believe in this program and in its transformative potential for diplomatic and cultural relationship between the MENA Region and Sub-Saharan Africa. I will always be ready to contribute and share more ideas whenever the need arises.

Wish you all the best and thanks again for all.